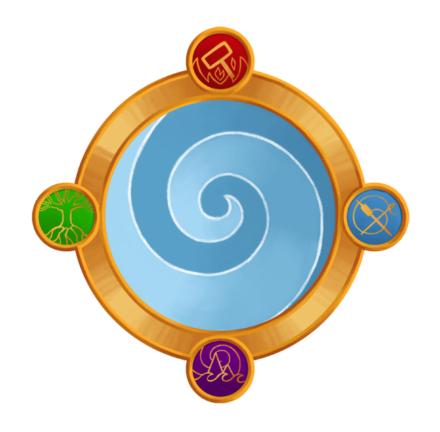 The Circle of Magic universe has its roots in the medieval Middle East and Central Asia: a crossroads of cultures and peoples, where trade and the pursuit of knowledge bring four ends of a vast continent together.

Beginning with Winding Circle Temple in the city of Summersea, four young people from very different walks of life come together for an education.  One is a merchant’s daughter who discovers a fantastic magical talent for manipulating the weather.  One is the daughter of a people who live by trade alone, the sole survivor of her family’s ship, the possessor of the power to work metal in many ways.  The third is a nobleman’s daughter, the great-niece of Summersea’s ruler, whose unladylike preoccupation with sewing, weaving, and the manipulation of anything resembling thread is revealed to be pure magic.  And the fourth is a boy, reared on the streets as a thief, rescued from slave labor to discover he has magic with plants and the making of medicines.

Taught by mage (wizard) teachers at Winding Circle Temple’s school and beyond, these four grow to adulthood learning about their world, coming under attack by pirates and plague, journeying out to a city beset by fire and a kingdom haunted by strange beings, and learning the ways of the great and powerful in foreign courts.  Together or apart, with their beloved teachers or new friends, the four always find new experiences, and new mages with talents even more unusual than their own!

Set in a different universe than Tortall, this quartet centers around four unusual young mages. Sandry, a noble whose parents died recently, has power with thread, from spinning and weaving to simple knot-tying. Daja, a Trader, is the only survivor of a shipwreck in which her family drowned. Declared to be bad luck and banned from life with other Traders, […] 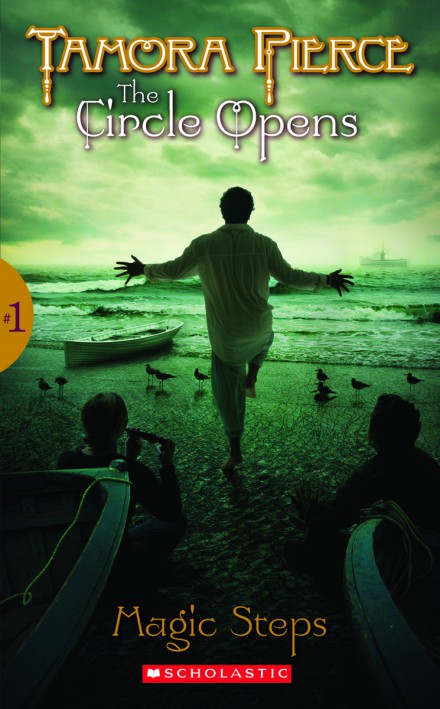 This quartet picks up the lives of Sandry, Briar, Daja and Tris four years after the events of The Circle of Magic quartet. The four are out on their own for the first time. Briar has gone east with his teacher, Rosethorn, to study foreign plants and visit the First Circle temple in distant Gyongxe. Daja has gone north with her own […] 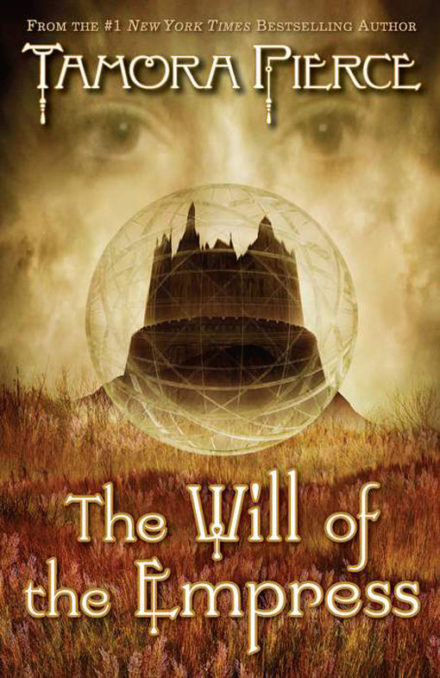 The Circle Reforged expands on the lives of those introduced in the first two Circle series. The Will of the Empress follows the original young mages as they grapple with who they’ve become during their time apart. Called north to Namorn by her cousin, the Empress Berenene, Sandrilene fa Toren has no one to rely on in this foreign country but her foster siblings. Her title isn’t […]